October 9, 1883 – The schooner Sacramento went ashore on Ten Mile Beach. She had sailed from San Francisco with a load of lumber, headed for Newport.

In early November, the San Francisco Examiner reported that repairs of the Sacramento were complete, and the tug Rescue was on the way to make a second attempt to tow her off the beach. However, the tug “was prevented from doing so by the heavy sea and returned” to San Francisco. 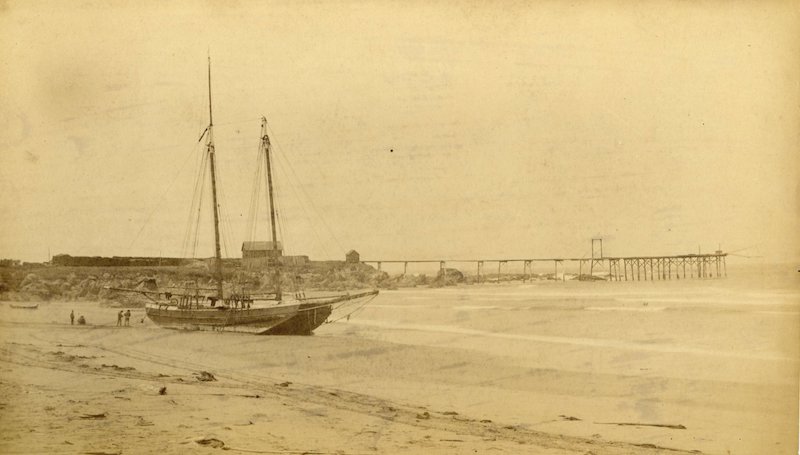 After repeated failures to launch the ship, additional repairs were needed, and the Mendocino Beacon reported in January that “the schooner Sacramento, which was stranded on Ten-Mile river beach a few months ago, is now moved back out of reach of the heavy surf, and is fast being repaired.” In February, “the schooner Sacramento still stands on the beach ready to be launched when the tide and wind are favorable.”

Finally, on March 14, more than five months after she ran aground, the “launching was a perfect success… A heavy gust of wind came along filling the sails to their utmost, and off she went… In five minutes she was out at the mooring and in five more she was out of sight.”