October 11, 1884 – The Mendocino Beacon reported that the stagecoach from Cloverdale to Mendocino had been robbed by two highwaymen just north of Boonville. “Thomas Bennett was driving and he was ordered to throw out the express box and the mail. He threw out one light mail bag, but protested that he could not throw out the box as his leaders were so restive that he must devote his whole attention to his team. Accordingly one of the fellows climbed up and helped himself to it.” 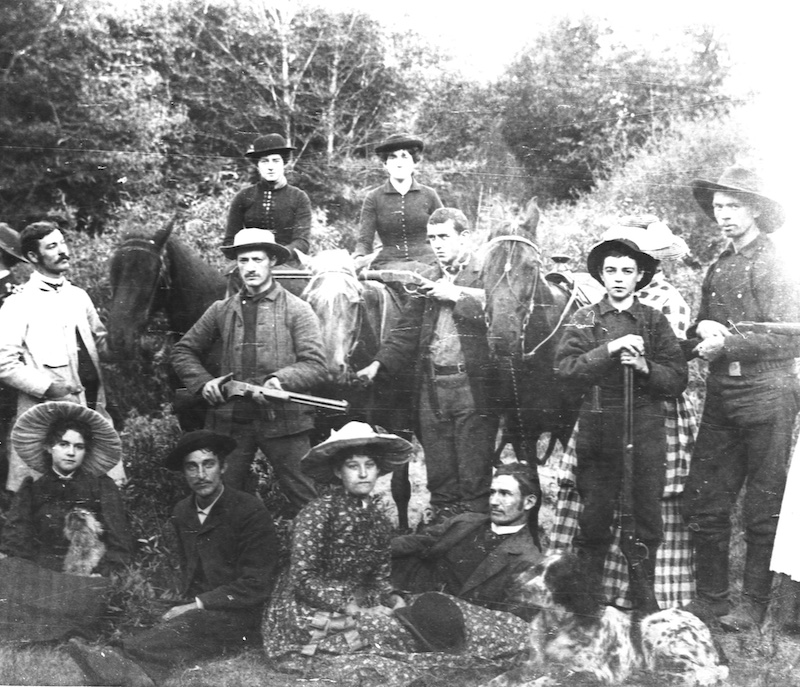 Susie Murray, daughter of Mendocino druggist J. D. Murray, was traveling with her mother Theresa and little brother Carl on the stagecoach that day. Susie, who was 19, told them she had no money and directed them to her mother, “advising her mamma to overcome at once any scruples she might have and give up her purse at once. Mrs. Murray bustled about as though very eager to comply with the request, but really she was not sure whether she had it and possibly Susie might have it after all.”

“Don’t you have it?” Theresa asked. “Why no, Mama,” Susie reportedly said. “But do find it, and give it to them before they kill us.”

Carl Murray told the Beacon the robbers argued over what to do next. They were reticent, he said, to ask his mother and sister to disembark, which would involve physical contact: the ladies would need help getting down from the coach. After a few minutes of indecision, the bandits fled.

Susie was sitting on her mother’s purse the whole time.

From Maidens to Mavericks, Mendocino’s Women by Molly Dwyer – Mendocino boasts some strong and remarkable women in its past. This volume honors and remembers some of them. For anyone who loves Mendocino, who lives on the Coast or claims some piece of it for themselves, discovering our foremothers can be transformational. $20.