The steamer Protection was one of the original steam schooners built in San Francisco in 1888. She was relatively small, only 281 tons, 130 feet long and 32 feet wide with a depth of 10-1/2 feet. 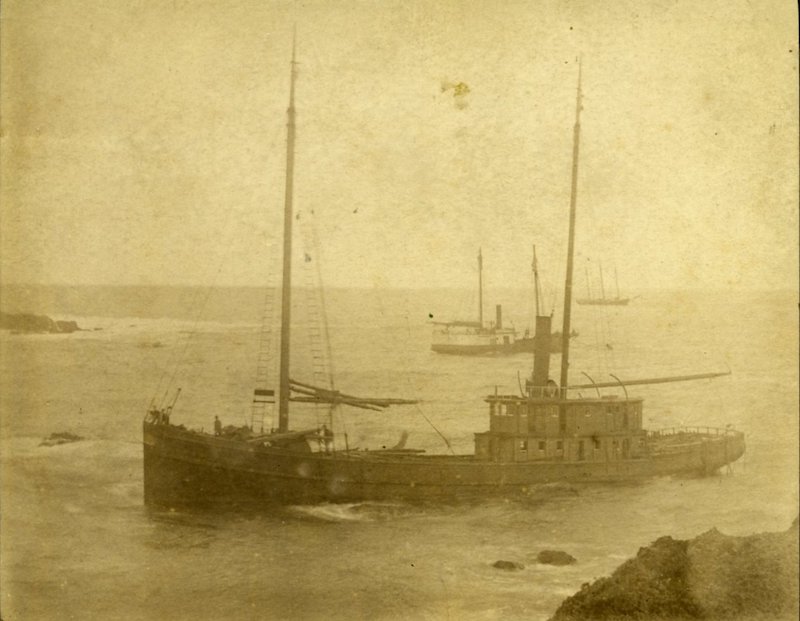 In November 1889, the Protection went on the rocks at Fort Bragg. She was loaded with lumber and headed out when she struck. No crew were lost, and the steamer was towed to San Francisco by the wrecking steamer Whitelaw, where she was repaired at the Union Iron Works. Whitelaw received 30% of the salvage value of $13,800 “for rescuing the vessel from her perilous position on the rocks at Fort Bragg.”

On December 29, 1899, while loaded with lumber bound for San Francisco, the Protection moved away from her Seattle dock and moved down the coast headed into a New Year’s Eve storm. Nothing more was heard of the ship, and she failed to turn up at San Francisco. The Protection went missing with her entire crew. Wreckage was never found.