December 17, 1884 – May Agnes Young was born in Ukiah to Thomas and Emma (Baker) Young. Thomas was a teacher who accepted positions at various schools around the county, moving his family to Branscomb, Willits, and Westport over the years. The third of seven children who reached adulthood, May lived her entire life in Mendocino County.

In 1914, May married Homer Sherwood of Westport at her parents’ home in Willits. Homer was 20 years older than May. According to his 1935 obituary in the Beacon, he was a pharmacist who graduated from college in Indiana before joining his brother, Dr. O. W. Sherwood in California. “For forty years his little drug store was the gathering place for the men of the [Westport] community, where they discussed the affairs of the nation and the town.” 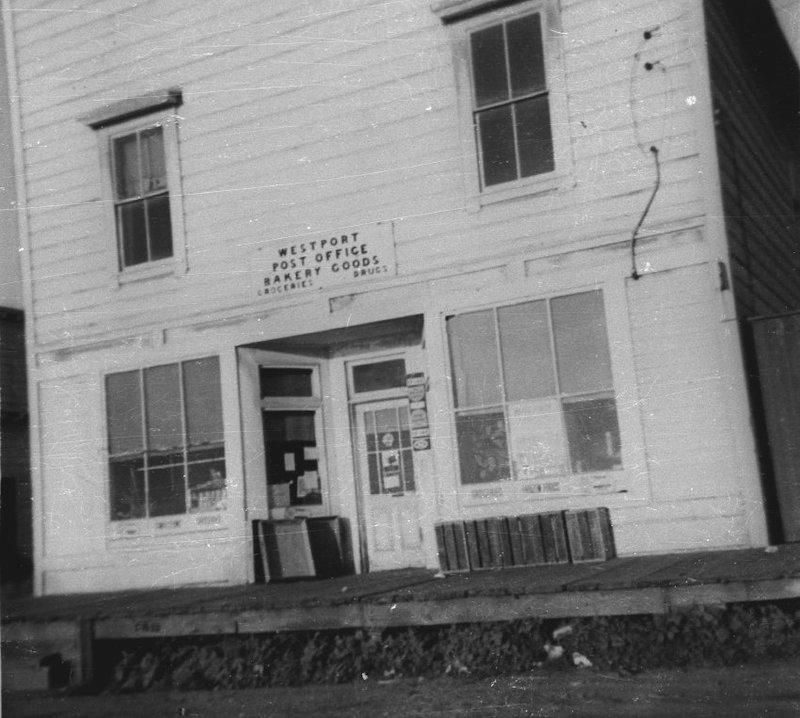 Following their marriage, May and Homer ran the Westport store together, and after Homer’s death, May became the Westport postmistress for 20 years until her retirement in 1956. In 1962, she moved to Fort Bragg where she was a member of the First Baptist Church, the Fort Bragg Grange, and the Mendocino County Historical Society.

May died at the Fort Bragg hospital in 1977 at the age of 92. Survivors included her daughter Helen Ross and grandson Michael Ross of Fort Bragg; and sisters, Ruth Young Stelling of Belmont and Helen Dunmire of Napa. May was buried in the Sherwood family plot in the Westport Cemetery.