November 20, 1903 – Joe Silvia survived a horrific accident at the Shipping Point. The following day, the Beacon described what happened, “Why Joe Silvia is alive to tell the tale of the accident that befell him yesterday morning when he was suddenly knocked off the wire chute platform to the rocks forty feet below will probably forever remain a mystery. As the load of lumber was raised from the car ready to be shot across to the Phoenix on the cable the load slipped from its fastenings and sloughed off the platform seaward taking Joe with it, the whole landing on the rocks and in the sea below. Those who witnessed the catastrophe stood speechless expecting to see Joe crushed to an unrecognizable mess. What was their amazement when he was seen to crawl out of the water apparently uninjured. It was a very close shave from instant death and an experience not to be envied.” 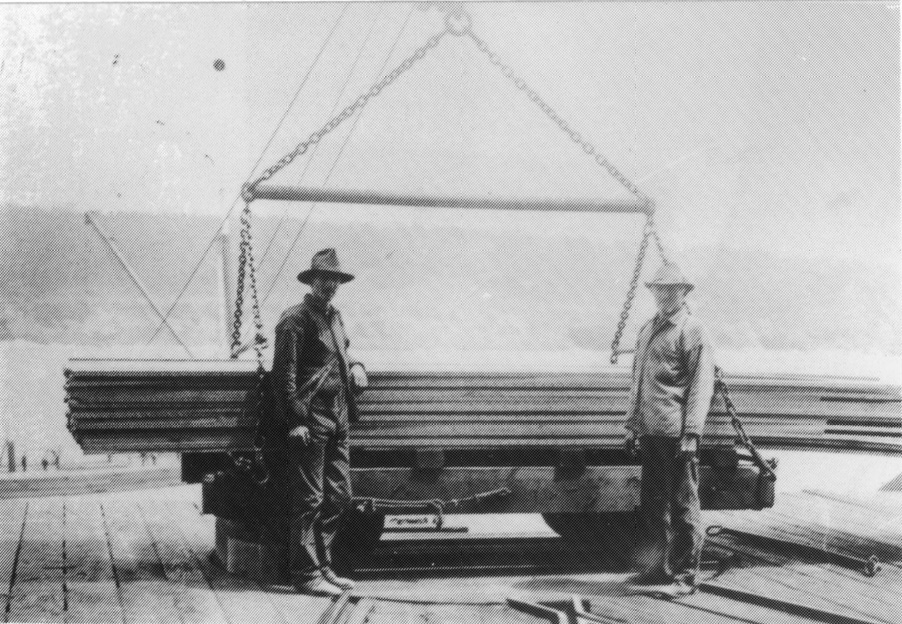 Born in 1848 on the island of Faial in the Azores Islands, Joe joined a whaling ship as a teenager and spent the next few years “at sea, shipping on vessels to all parts of the world.” Around 1873, he landed in Boston and married Rose Candhia. The couple moved to Mendocino, and Joe built the family home on Calpella Street where they spent the rest of their lives.

Joe worked 42 years for the Mendocino Lumber Company. After retiring, he “found it hard to give up work and busied himself with some task or another until well past 80.” He “was the janitor of the local elementary school for many years, and when he celebrated his 90th birthday, teachers and pupils of the school all sent greetings to him.”

Joe died at his home on Calpella Street at the age of 92, surrounded by 5 of his 6 children: Mamie Silvia of Oakland; Rose Noia, Annie Silvia, and Joe Silvia of Mendocino; and John Silvia and Frank Silvia of San Francisco. “His mind was clear to the last, and in the short illness he enjoyed visits from his many friends.” He was buried in the family plot in Hillcrest Cemetery. Pall bearers were Joe Mendosa, Tony Lenhares, Joe Lenhares, Frank Brown, Frank Pacheco, and John Viera.

Cinderella of Mendocino by Gary Starr – Based on the real Cinderella who lived in a yellow house in Mendocino in the 1860s. Gary Starr’s heroine takes both mermaid and human form as she leads readers on a fantastical journey through Mendocino’s past. She swims in water towers, collects seaweed, rides whales, and makes art. The gorgeous full-color drawings bring to life author Gary Starr’s magical tale. Includes a two-page factual history at the end, so readers can learn more about the real Cinderella, along with much of what makes Mendocino such a special place to live. $10.