November 18, 1928 – Funeral services were held at the Mendocino Presbyterian Church for James William “Billy” Mullen, who served as Mendocino’s Postmaster for four decades. He had been in declining health for about 4 years and had suffered a stroke just a few days before his death. 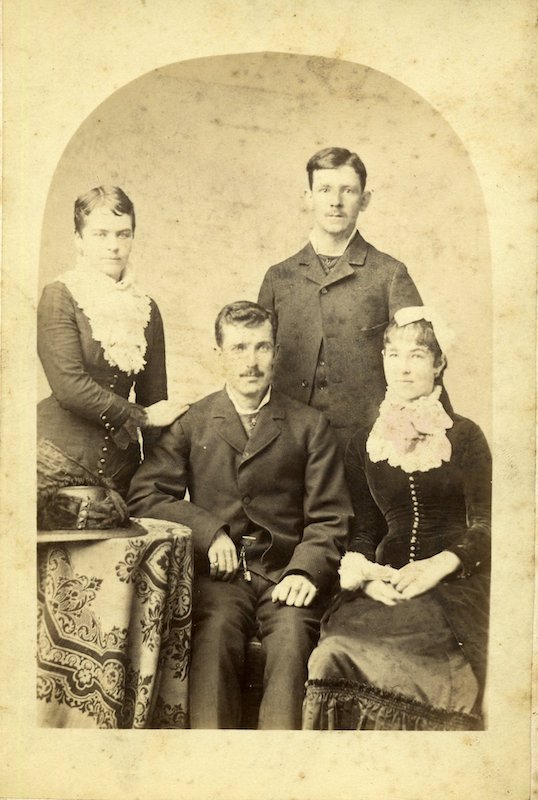 Born in Sacramento in 1861, Billy came to Mendocino when he was 6 years old to live with his uncle, J. E. Carlson. The Carlson family owned and lived in the City Hotel which was located at the far west end of Main Street. Billy attended the local school, where he won awards for best penmanship, “and when he completed his courses, he like many other coast young men, entered the logging woods and with his cousin Edward Carlson, secured employment with the late N. E. Hoak near Comptche,” according to the Beacon.

In March 1881, Billy went to San Francisco to attend Heald’s Business College and in November, he returned to Mendocino, taking a job as a clerk at the Kelley & MacCallum store on the northwest corner of Main and Lansing Streets. In 1883, he briefly returned to San Francisco to wed Miss Lottie Stanton, daughter of Samuel R. Stanton who captained the schooner, Electra. The newlyweds rented a home from S. J. Chalfant on Calpella Street, and Billy continued to work at the Kelley & MacCallum store.

The Western Union Telegraph office operated out of the store, and Billy became an expert telegraph operator. In 1885, the Mendocino Post Office moved into the store when Alexander MacCallum became Postmaster, and Billy served as the deputy postmaster.

In 1889, Billy was named Postmaster and moved the Mendocino Post Office to a lumber company building on the South Side of Main Street, where it remained until 1958. Billy was in charge of the post office until his death.