November 22, 1909 – Mendocino druggist Charles Oscar Packard became the first person to be arrested for violating the community’s Dry Law prohibiting the sale of alcohol. This law was enacted following an election the previous July, which put 9 saloons and 5 hotel bars out of business.

Packard was brought before Judge John Francis Murray at the Big River Justice Court, where he pled not guilty. According to the Beacon, “Mr. Packard does not deny having sold liquor, but denies violating any law. Be that as it may, the people voted to kill the liquor business on the 27th of last July and would seem that the will of the majority should have been respected.”

The following week, the case was tried before Judge Murray. Attorneys M. A. Iversen of Fort Bragg and J. W. Preston of Ukiah represented the defense, while District Attorney Robert Duncan prosecuted the case. The trial generated so much local interest that a large crowd overflowed the courtroom, and the proceedings were moved to the former Odd Fellows Hall on the southwest corner of Kasten and Ukiah Streets, where Highlight Gallery is located today. 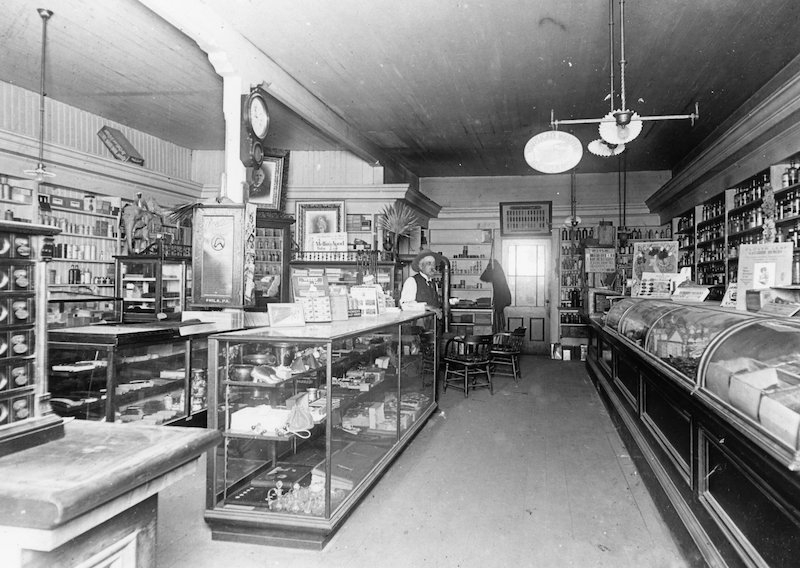 The prosecution questioned three witnesses: Percy Daniels, Joseph Nichols, and Auggie Heeser, editor and publisher of the Beacon. “Percy Daniels testified that he purchased a 50-cent flask of whiskey from Mr. Packard on the 17th day of November and Joseph Nichols testified that he was present and saw the sale made. The flask was introduced in evidence. It bore Mr. Packard’s printed label with the word whiskey written on the same. Mr. Packard stated on the witness stand that he had no recollection of having made the sale. Mr. Preston in his argument contended that his client had the right to use whiskey in the compounding of drugs, but no attempt was made to prove that the liquor contained in the flask purchased by Mr. Daniels was sold to him as anything else but whiskey.” The jurors voted 11-1 for acquittal.

The case was retried before a new jury three weeks later with the same witnesses and evidence. “The jury deliberated for several hours, but could come to no agreement, standing six to six.” The charges were dismissed.

Thanksgiving Weekend! Walking Tours of Historic Mendocino – Join our expert docents for a stroll and lively commentary. You’ll pass by early pioneer homes, historic meeting places, and buildings that make up the the Mendocino Historic District.