When Farm to Table was Everyday

When Farm to Table was Everyday

Products & Producers of the Mendocino Coast 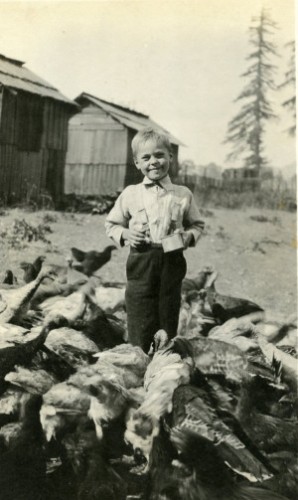 There are few things as delicious, and generally healthful, as something you grew yourself, cared for and labored over, and then brought to the table to enjoy with family and friends!  If it was a good year there was abundance, and if it wasn’t you made do with what was on hand. It was not so long ago that local farmers were the only source of fresh produce.

This exhibit presents the history of crops, livestock and poultry on the Mendocino coast from the perspective of putting food on the table. The remote character of this coast meant that having a garden, raising chickens and owning a cow were a large part of life. The Pomo peoples, who had been feeding themselves with the resources of this region for thousands of years provided a model and residents of Mendocino in the 1850s and beyond had to do the same, grow their own food or bring it in from somewhere else.

But how were the huge logging camps fed? Our research indicates that the cookhouses at the mill and the camps run by the Mendocino Lumber Company were supplied by two local farms.

Which crops was Mendocino best known for?  Who were the farmers and ranchers? How did they get their products to their customers and the larger markets?

We are grateful to the Stanford Inn/Ravens Restaurant for sponsoring this exhibit.

On Thursday, August 25 there will be an opening night members-only reception.  Become a member.