November 2, 1907 – The Mendocino Beacon reported that, “A. F. Luiz has had a new crosswalk put in from his store to the post office – a worthy enterprise.” 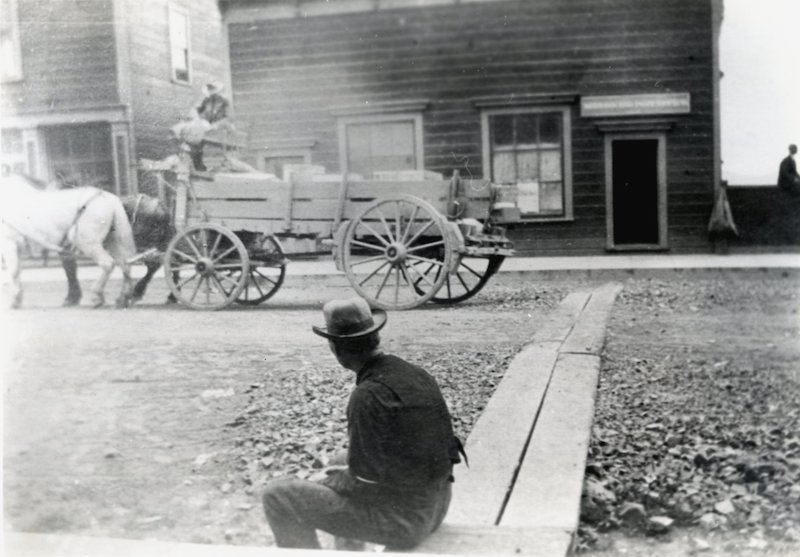 Unidentified man sitting on the boardwalk that crossed the street to the post office on the south side of Main Street, Mendocino, 1907. This view was taken from in front of Antone F. Luiz’s general store. (Gift of Evelyn Larkin)

Antone F. Luiz owned a general merchandise store, located on the north side of Main Street east of the intersection with Kasten Street. This building would later house his son’s Toggery clothing store, followed by the Remedy Store & News Stand, the Remedy Arcade, and most recently Highlight Gallery.

The old post office building on the south side of Main Street was demolished in 1958.