December 24, 1903 – Santa arrived at the large building on the southwest corner of Lansing and Ukiah Streets, where The Study Club and many other businesses are located today. 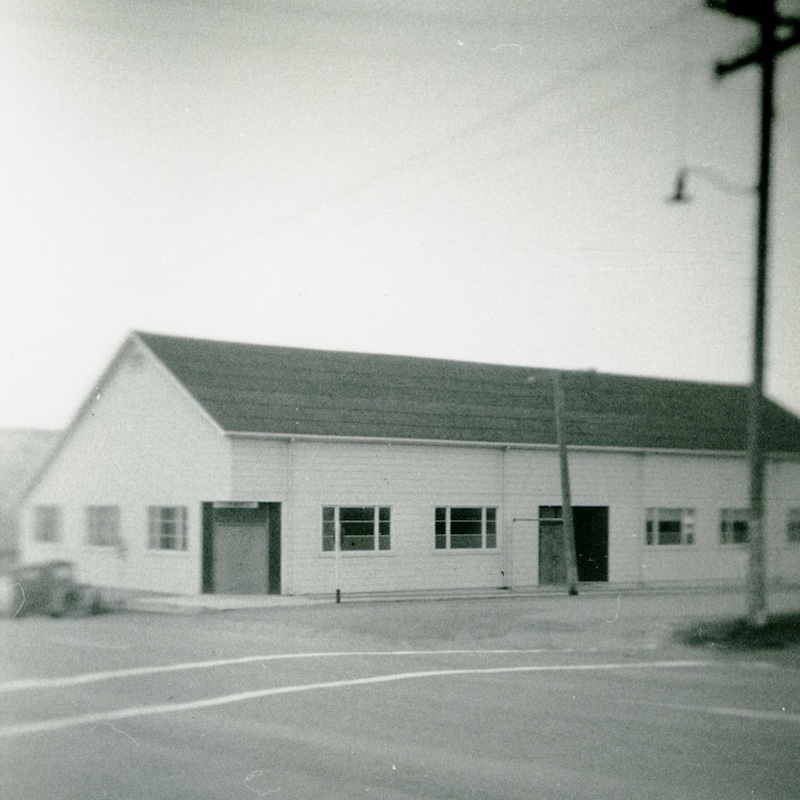 Kellieowen Hall (at one time, known as the Temperance Hall) on the southwest corner of Lansing and Ukiah Streets in Mendocino, 1920 – 1940. The hall was originally built by William H. Kelley as a skating rink and dance hall in 1887, and was known as “Kaze Hall” in its early days. It was the location of many businesses before his daughter, Mrs. Daisy MacCallum, had it remodeled in 1950. She renamed it Kellieowen (pronounced kelly-owen) Hall, a combination of Daisy’s own and her mother’s maiden names.

A party for the Sunday School children who attended the Kelley Baptist Church (where Corners of the Mouth is located today) was in full swing. According to the Beacon, “The Baptist people provided two trees in the old Temperance hall through the courtesy of Mrs. W. H. [Eliza] Kelley. She also provided peanuts and popcorn to every man, woman, and child in the room, and numerous nice presents to members of the Sunday school. Nice programs were rendered at both trees.”

The Mendocino Presbyterian Church also had a tree for their Sunday School children that day. “The Presbyterian tree was in the church and was very attractively decorated. Ornamentation was made especially pretty by the addition of 20 colored incandescent electric lights, arranged by Frank Simons.”

The Catholic Church held a party at Crown Hall, a few days after Christmas. The tree at Crown Hall “was attractively arranged and served to gladden the hearts of the many children who attend the Catholic Sunday school. Afterwards, the older ones indulged themselves in a little dancing. The music was furnished by J. F. Murray and William Smith.”