On this day in Mendocino history…

December 4, 1916 – Captain Henry Nelson died suddenly while visiting relatives in New York. His remains were returned to California and buried in Mountain View Cemetery in Oakland.

Born in 1844 in Sandefjord, Norway, Henry left home when he was thirteen, returning two years later to visit for a few months. This visit was his last trip to Norway. Henry was a sailor, traveling all over the world before landing in San Francisco in 1867 and settling in California.

Henry made his first trip to Mendocino on the schooner Brilliant in 1869. In 1882, Henry, now captain of the schooner W. S. Phelps, married Elizabeth “Bessie” Carlson, who was the daughter of one of Mendocino’s pioneers, J. E. Carlson. For the next 8 years, the Nelsons lived in Mendocino, where they had two children. 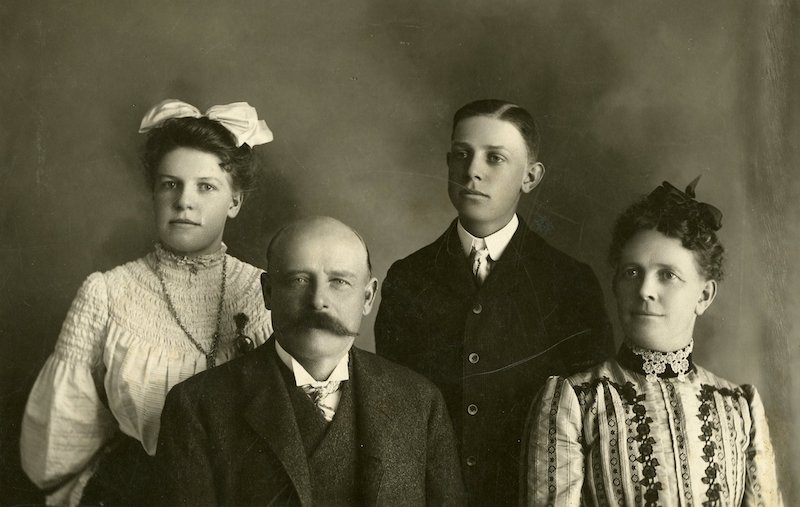 Henry continued sailing between Mendocino and San Francisco until 1890, when he took command of the ship Columbia, and the Nelson family moved to San Francisco. In addition to the Columbia, Henry later captained the Servia. According to the Beacon, “In these two vessels, he sailed to Alaska, Puget Sound, Australia, the Hawaiian Islands and Siberia.” He retired from the sea in 1906, but continued to manage a number of vessels.

On October 29, 1916, “with his wife and brother, Edward, he made a trip to New York to visit his brother, John, whom he had last seen in Norway, fifty-seven years ago and to celebrate the golden wedding anniversary of John and his wife. A happy reunion followed his arrival in New York. He visited Boston and returned to New York on December 1st.” Henry suddenly passed away from a stroke three days later.

Henry was survived by his wife Bessie, daughter Ethel, son Henry, and brother Edward of San Francisco; brother John of New York; and a brother and three sisters in Norway.