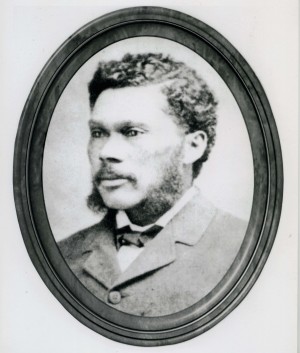 “What’s in a name?” as the saying goes. Well there’s a lot to learn from a name, especially with regard to geographical locations. The name of cities, towns or “villages” gives the people that live there a sense of place. Even if you’re just passing through, names speak to those locations and their place in time.

In the area now occupied by the town of Greenwood/Elk was the once thriving town of Cuffey’s Cove or as it first appears on the U.S. Coast survey of 1870 “Cuffee’s Cove.” Variations of the name include “Coffee” or “Cuffy” as it has appeared at different times and in different places in the historic record. What are the origins of this place name?

Searching the Kelley House Museum archives for the answer, five different explanations surfaced. For the purposes of this research, let’s first determine what is known for certain. Originally this area was part of a Mexican land grant which extended from the north bank of the Garcia River to the south bank of the Rio Grande (Big River). Originally deeded to William Richardson in 1844, the land grant was challenged when California joined the United States on September 9, 1850. While his claim was still in litigation, Richardson sold a tract of the rancho in 1854 to Francisco Faria, an immigrant originally from the Azores, and his friend and partner, Nathaniel Smith, a free black man from Maryland.

Nathaniel and Francisco are said to have worked the land for the next sixteen years; farming, hunting and living in close proximity with the indigenous people of the area. In 1870, the land was sold to Irishman James Kenny, who started the first lumber mill in the area. A town soon sprung up around the mill, and ‘Cuffee’s Cove’ first began appearing on the maps.

Two explanations are repeated in various forms in the historical record. One is a slang or derogatory term for a person of color. The story goes something like this: ships passing by this place experienced what would have been a rare sighting of a black man farming the land above an inlet and called it ‘Cuffee’s Cove;’ ‘cuffee’ or ‘cuffy’ being a slang expression for coffee and by extension ‘black.’ Hence, ‘cove of the black man.’

The other story involves several variations concerning encounters with a bear or bears. Mrs. K. Gorman, whose father was James Kenny, an early landowner in the area from Ireland, included this in her Early Reminiscences of the Mendocino Coast: “It might be interesting to note that Cuffey’s Cove came by its name in this manner. A small vessel on which a party of prospectors was sailing along this coastline entered an inlet and dropped anchor. They saw bears gamboling close to shore cuffing one another. Hence came the name Cuffey’s Cove.”

Here is a second bear-related naming from Nathaniel’s obituary printed in the San Francisco Chronicle on March 26, 1906: “Between them [Francisco Faria and Nathaniel Smith] they named the place Cuffey’s Cove on account of a fight they had with a grizzly bear, in which Frank was nearly chewed to death before he could kill the brute with his hunting knife. The bear was named “Old Cuffey,” from the particular manner he used his paws in fighting.”

Three other explanations have also been suggested. One is that the cove’s name is Russian, Kufiecova which somehow evolved to ‘Cuffey Cove.’ The second is that the name comes from a Chinese word. Neither one of these has been substantiated by other researchers.

The source of the third explanation referenced was a letter written to Dorthy Bear (one of the Kelley House Museum founders) by James Abajian on November 8, 1975. He stated that the following reference was provided in an article by Elisa Thompson. This 1975 reference stated that Cuffey’s Cove was named for a notable black sea captain by the name of Paul Cuffee (1759-1817) “. . . who was much admired by blacks during his lifetime and to the present time. His surname was used as a given name by probably thousands of people. Three of his grandsons were people of some importance in 19th century California.”

Even though the origin of the name Cuffey’s Cove remains a mystery, the stories alone speak to the people, the place and the rich history of the Mendocino Coast.