One Character in California’s Saga

One Character in California’s Saga 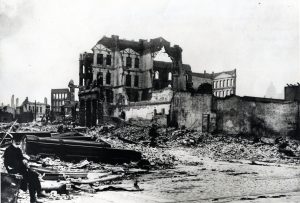 Consider events in the lifespan of Mendocino pioneer Edwards C. Williams as an example of how much times have changed, and yet how we are able to relate much of the past to our own lives. When E. C. Williams joined the New York Volunteers in 1846, he answered the call to fight what few today would argue was a just war. California belonged to Mexico then, and the United States, with its use of the term “manifest destiny” decided that Mexico shouldn’t have it any longer. In some circles this remains a politically hot issue. Little might Mr. Williams have imagined how California would eventually figure in his life.

E. C. Williams found himself in California, apparently in on the ground floor of some explosive developments that followed the rapid conclusion of the Mexican war, namely the Gold Rush of 1848 and statehood in September of 1850. California qualified for statehood with lightning speed, due to the influx of people hell bent on curing their gold fever. By comparison, it took Arizona 49 years to progress from territory to statehood, something which Mr. Williams lived to witness.

He witnessed many things, saw much change, and was the instrument of that change in Mendocino. There wasn’t an anglicized Mendocino when he got here. Many of our third graders know the story of how the mill got started by the likes of J. B. Ford and E. C. Williams. The Mendocino Lumber Company became Mr. Williams’ life’s work. He risked his health and reputation for that enterprise, having crossed the Isthmus of Panama to return east and purchase the latest milling equipment. He also had to see to the safe shipment of that equipment back to Mendocino. While in the East, there were a few issues to be overcome. The orders left for the milling equipment’s measurements had to be adjusted. Long Island Sound was frozen that year (perhaps they experienced something akin to a Polar Vortex in 1851.) The mails weren’t moving, nor were the steamships and limited railroad lines. Someone suggested that he send a telegram to the eastern companies he’d hired to create the new mill. Mr. Williams’ reply was to ask how that was done. He had been away, you see, out West, and wasn’t up on the latest technology. Sounds a bit familiar to some of us in 2018, when we fall behind a little. It is one thing to embark on a business trip when the worst hardship to be endured is a five to six hour flight — quite another when the round trip involves four shipboard journeys and two crossings of an isthmus then known for malaria and cholera.

Mr. Williams returned safely and lived to see the mill at Big River grow and prosper under his guidance. He was responsible for much of its success. The Mendocino Lumber Company had offices in San Francisco, that city having grown almost exponentially since the late 1840s when E. C. Williams first arrived. It had become the financial center of the country’s West Coast, and home to hundreds of thousands. E. C. Williams moved from Mendocino to Oakland in his later years, as did his colleague in the lumber industry, Mr. J. B. Ford. At the turn of the 19th to the 20th century, Mendocino Lumber Company had its offices in Room No. 1 at 40 California Street, San Francisco.

The photograph shows Mr. Williams, seated on some debris in the foreground, with the ruins of that office building on his left. E. C. Williams lived seven years beyond the 1906 San Francisco Earthquake and Fire. The location shown is between Front and Drumm Streets, about a block off Market Street, just around the corner from the Hyatt Regency today. Would Mr. Williams recognize it? He would certainly know the street names of the financial district. Given its remarkable preservation, Mendocino might be a bit more recognizable.