First Do No Harm

Home » Making History Blog » First Do No Harm
Previous Next

First Do No Harm 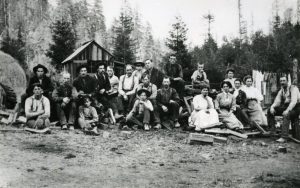 Is the practice of medicine an art, a science, a business or a combination of all three? As in other parts of the country, the Mendocino Coast experienced an evolution of medical practice: from something which was in the hands of regular folks at home (mostly women); to something primarily in the hands of doctors (mostly male), nurses (mostly female), and a variety of technicians.

Along with the evolution of practitioners, medical science evolved; these changes are on-going. The years which coincided with the growth of the town of Mendocino witnessed the beginning of our understanding of germ theory, the use of antibiotics and advances in transportation, which made being a patient on the Mendocino Coast a different experience than it had been for previous generations.

However, the Mendocino Coast always has held special challenges: the logging industry as the major source of employment and the remoteness of the Coast. We are informed by listening to the voices of three people whose memories exemplified these challenges. From the oral histories compiled as Mendocino County Remembered, Vols. 1 and 2 (Mendocino County Historical Society 1976, 1977), we have the recollections of Lester Charles “Buff” Mallory (1895-1983) of Little River; Lena (Ottoson) Meshishnek (1892-1988), of Comptche; and James Henry O’Donnell (1889-1988) of Mendocino.

“There wasn’t so good a thing for people that got hurt in those days. . . . First, if you got hurt, that was just your hard luck. . . . There were no doctors around. Mendocino would be the closest doctors. These doctors, though, they would go anywhere. They’d even walk to a place if they had to go. . . . I know doctors walked into [a logging] camp when the roads were so bad they couldn’t get in any other way.”

“We didn’t have any hospitals here, if any. And people used to go to San Francisco on steamers. And operations, sometimes they didn’t have the facilities they have now and it was pretty risky. Sometimes a person had an operation, they didn’t come back.”

The women took care of each other, in the earliest days on the Coast, and there was nothing new in that.

“Mother never had a doctor for any of us four children. Grandmother would help. And Grandma Strauss, when she lived in Little River, she did it for the Mallorys. Half of the Mallory family were children that she delivered. . . .The children didn’t move out of the house at delivery time. They stayed there. The older children were there. So the children actually knew what was going on or they were asleep in the bed anyway because I didn’t know when my sister was born.”

Our first exhibit of 2018, “Medicine on the Mendocino Coast: Say Ahh….”, includes photographs of some of the doctors, nurses, hospitals, druggists and their drug stores that served the Coastal towns. We also have early microscopes, a ledger of prescriptions, Dr. Donald Hahn’s bag for house calls, and additional items from the archives and graciously on loan to us from local residents.