November 15, 1950 – Mrs. Katherine “Kate” M. Gorman died suddenly at the age of 90. The Beacon described her death as, “bringing to a close a life filled with love for her family and friends and usefulness to her community. She was loved by all who knew her and she was kind, generous, and a loving mother.” 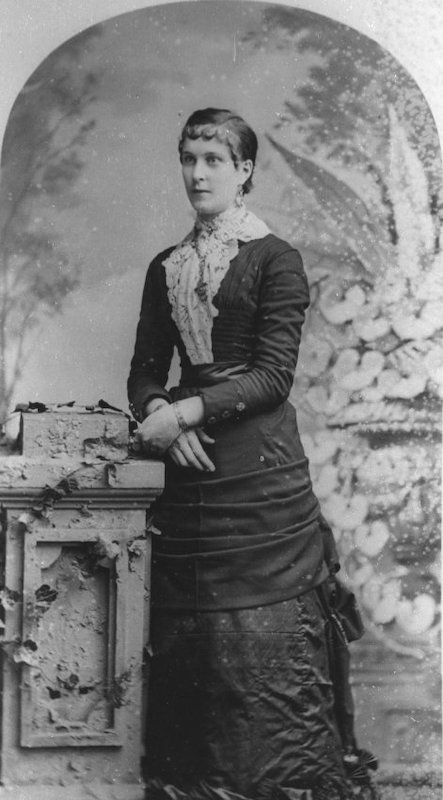 Kate was born on Albion Ridge in 1860 to James and Catherine Kenny. She graduated from Notre Dame Convent in San Jose and married Frank Gorman in 1883. Following their marriage, Kate and her husband made their home in Cuffey’s Cove. In 1888, they moved their growing family to Mendocino and began operating the Occidental Hotel, located at the intersection of Lansing and Main Street. The Gormans purchased the hotel from the Kiser Brothers in 1892. Tragically, Frank died suddenly in 1894, leaving Kate a widow with 3 small children.

“Mrs. Gorman continued the operation of the Occidental Hotel after the death of her husband, and it was the stopping place for drummers and salesmen, as well as all travelers. During the late 30’s and in early 1940, Mrs. Gorman only kept a few rooms for the public. In September 1941, the hotel caught fire and despite the efforts of the townspeople augmented by members and equipment from the Fort Bragg Fire Department, the old building burned to the ground.” The hotel was never rebuilt.

Three of her four children predeceased Kate: James, who passed away in infancy in 1885, Aileen who married Mendocino County Sheriff Ralph Byrnes and died in a car accident in 1921, and Phil who was killed while unloading a logging train at the Boom in 1922. Kate lived at the Mendocino home of her surviving son, Frank Allen Gorman, at the time of her death. Funeral services were held at the Mendocino Catholic Church, and Kate was buried in Evergreen Cemetery.