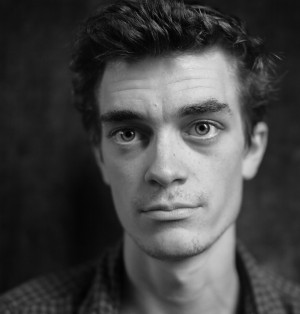 We are pleased to announce that Matthew Ritenour, creator of the film on Mendocino’s most famous shipwreck, “Impact of the Frolic” will be speaking at a “Sunday Afternoon With . . .” at the Kelley House Museum, Sunday, March 20 at 4 p.m. as the finale to the exhibit “A Dark & Stormy Night: Mendocino Coast Shipwrecks.”
Ritenour has produced a visually stunning exploration of events around the 1850 shipwreck of the ship which carried Chinese trade goods headed for Gold Rush San Francisco. As a director and cinematographer he brings an anthropologist’s perspective to film making. He shares with audiences the tidbits of history that make the story of a single sailing vessel fascinating. Who would have known that glass bottles in the wreck would turn up over a century later as projectile points used for hunting by Native Americans? Or that shards from a china dish would be fashioned into beads?

Made in 2013 “Impact of the Frolic” explores how university professor Thomas Layton’s anthropology students excavating a native village site in 1984 on Three Chop Ridge outside of Willits, discovered Chinese pottery shards and wanted to know how they got there. The film also relates how local divers who had explored “Pottery Cove” contributed their artifacts to researchers to expand knowledge of the Frolic.

Kelley House Museum members pay $5.00 and non-members’ price is $7.00 for this event. Please plan to come early, as seating is limited. The Kelley House Museum is located at 45007 Albion Street, in Mendocino. For further information, please call the Museum at 707-937-5791.