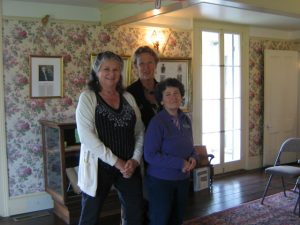 Since the very beginning, back in 1973, the organization which was initially known as Mendocino Historical Research and which evolved into the Kelley House Museum, has been fueled by volunteers.  We’d like to thank today’s volunteers, right here and now!  They serve in numerous capacities, including, mailing party members, museum docents, walking tour guides, July 4th chefs and servers, research office assistants, web master, newsletter designers, writers, and board members. We could not provide the historical information and services, and would not have our historic house and museum, without the time and talents of:

“Volunteers do not necessarily have the time; they just have the heart.” ~ Elizabeth Andrew

Apologies if we have missed any names, and we always need more!