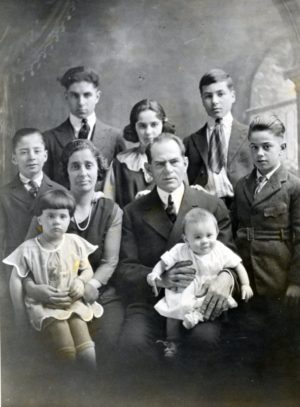 Boontling is a local nickname for a fabricated language that developed in the Anderson Valley between 1880 and 1920. It started out as a game by children who wanted to talk freely without the adults being able to understand what they were saying.  Based on English, it featured abbreviated words and sentences, a “lingo,” (Boonville and lingo becoming Boontling), of more than a thousand words and expressions. As more and more locals became interested, the lingo became very popular among the youth and even many of the elders. It soon became a way in which the locals could discuss a variety of topics in the presence of “outsiders” without being understood. It was, and still is, unintelligible to the uninitiated. A few terms were borrowed from Spanish and the Pomo Indian language while some elements can be traced back to the Scotch-Irish background of the Anderson Valley’s early settlers.

Because of its quirky nature and unique lingo, and because it grew in vocabulary and survived, Boontling is a fascinating subject for linguists, anthropologists, sociologists and folklorists. The academic study of Boontling has produced many publications, can easily be found on the internet, and is now well-known as a kind of regional language.

Though not exactly a language, the lingo that was spoken by the Portuguese in Mendocino was created for much the same reason as Boontling – being able to speak in the presence of others without being understood by them. Many of the phrases were highly idiomatic but through the generations, the speakers altered the original Portuguese, shortened it and colloquialized it so that it metamorphosed into a Mendocino Portuguese jargon or “Portling.”

In 2007, Bill Lemos and his daughter, Justine, met with “the Captain”, Bill’s father, Jack, and began recording the Portuguese words and phrases that he remembered as a child. Jack’s father, Antone B. Lemos, referred to as Mr. B, would not allow any of his children to learn Portuguese, fearing that it would handicap them in school. The only Portuguese Jack learned was when he would overhear Mr. and Mrs. B speaking to each other and their friends; often about topics that they wanted to disguise from their ten children. Mrs. B was already a generation removed from the homeland – her father, John Q. Brown, moved to Mendocino before she was born, so her Portuguese was not native.

It is not known if this lingo spread beyond Mendocino; perhaps the Portuguese in Fort Bragg were also privy to it. Nonetheless, as with any local dialect, language becomes a way to separate the “insiders” from the “outsiders” and creates a sense of community between those “in the know.”

“Portling” was often humorous, endearing and sensitive, conveying an intimate way of connecting with people. A few examples of this lingo:

Dig a mish (Dig-a-MEESC): Tell it to me. Diga-me is the Portuguese version. Used when answering the phone.

Galinga shoka (ga-LEEN-ga SHOKE-a): Galinha is the Portuguese word for chicken so a Galinga shoka would be a woman who talks too much.

As with Boontling, this Mendocino Portuguese lingo is a fitting monument to the wit, humor and inventiveness of the men and women who spoke it.

Almost all of the Portuguese from Mendocino are gone now. The “Portling” has been forgotten although I feel sure that some of those descendents remember words that they do not even know the origin of. Thanks to Bill and Justine Lemos talking with the Captain before he passed away in 2013, we have managed to preserve a few. Do you know more?  Bill and Justine Lemos’s list is housed at the Kelley House Museum. Come in and learn a few new words to impress your family and friends or add yours to our list.