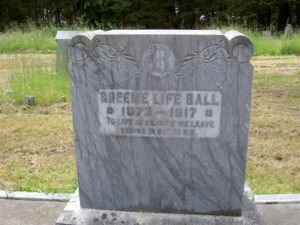 Genealogists and history researchers love the discovery of another facet of their search and knowing that there has to be more information out there somewhere fuels their relentless pursuit of more discoveries.

Kelley House is a treasure trove of sources for discoveries, particularly in the hundreds of files about Mendocino’s people called Family Files. Most contain newspaper clippings, letters, memoirs, genealogy charts, funeral records, and occasionally a few original documents like marriage licenses or immigration papers, just the kind of information that historical researchers and genealogists search for. New information is added continually, particularly from online newspaper sources and genealogy researchers.

A long time ago as a Kelley House Research Volunteer, I was assigned to clean up and organize the Family Files, making them more researcher-friendly and more in keeping with a state-of-the-art archive facility. No one can remember if my project took five years, or six, but it really doesn’t matter, I guess. It was somewhat tedious, but always fascinating, especially when finding tidbits of ordinary everyday life. I saved copies of some of the more amusing tidbits, mostly from newspaper clippings, of local Mendocino history. Here are a few:

The Kelley House Museum is recruiting volunteers to help in the Research Office. If you have a love of history and some time on your hands, please stop by weekday afternoons or give us a call at 937-5791.