The Appeal of Apples Part II

The Appeal of Apples Part II 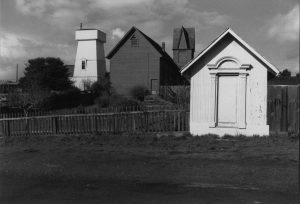 And, now on to Caspar; supposedly among the most historic apples in that area were those planted by the Canadian, John Simpson Ross who became well known as a traveling North Coast minister.  Reverend Ross served frequently in Eliza Kelley’s Baptist Church in Mendocino. He purchased acreage in Caspar in 1870 north of town on the west side of the then Coast Road.  After laborious land clearing, a family home was built and an orchard was planted. Reverend Ross wisely planted a balance mix of early, medium and late varieties for a total of 18 trees as a beginning effort.

Old timers considered East Mendocino as a separate entity from Mendocino City.  By road this community’s western boundary was two miles east of Highway One up Little Lake Road.  East Mendocino supposedly stretched across the ridge between the North Fork of Big River and Russian Gulch and east to the headwaters of Russian Gulch.  Before East Mendocino became known as apple country much of the land belonged to William Heeser, founder of the Mendocino Beacon newspaper in 1877.

From about 1912 through at least the 30s East Mendocino boasted homes, small farms, various apple orchards and their own, volunteer-built school. Several wood-fired apple drying enterprises were available for crops not to be processed into cider or to be sold as picked.

As far as apples were concerned in East Mendocino the Reep family was among the best known.  Wilfred Reep acquired 40 acres in 1917 as an exchange for his San Joaquin Valley farm.  Reep’s new holdings consisted of 15 acres planted to apples and 25 acres of uncleared land.

In the late 20s and the 30s the Great Depression was being felt; other growers had given up on their orchards.  Wilford was determined to make a living with apples.  He hired as little help as possible and enlisted his family as the work force.  He saw the benefit of cold storage in Fort Bragg for some of his crops. These apples brought top prices when taken out in late spring and early summer.  To help make ends meet the Reeps had several acres of strawberries; they also sold chickens and eggs.

In 1928 Wilford’s son, Harold, graduated from high school and began putting in full ranch time. By 1933 Harold and his father were partners and this allowed more apple options. Whether any of their orchards were irrigated is not on record, but early apple growers found that mature, non-irrigated trees produced apples with superior flavor, although yielded smaller crops. The Reeps produced a lot of cider usually from their late ripening fruit. This golden liquid and their apple sales went as far north as Rockport and to logging camps within coastal Mendocino County.

In 1945, after 3 years overseas, Harold returned home from the army, He immediately found a swing shift job with Union Lumber Company in Fort Bragg enabling him to do apple work by day. After his father’s death in 1962, Harold became sole owner of the property. Eventually, he went into semi-retirement and developed a smaller orchard in the Albion area.

During the time Harold and his father were partners, they had at different times grown 30 varieties of apples, everything from Aiken Red to Yellow Transparent.  Harold was still in love with apples in his very advanced years. He was killed in a tragic truck accident taking a crop to market.

Meanwhile in the Littleriver area; yup…more apples, William Henry Kent came from Maine and began working for the Mendocino Lumber Company. In 1857 he left the Company to devote full time to ranching and farming. Eventually he developed a dairy, a butchering business, prime grazing land and apple orchards.

In 1895, William Heeser reported to the Mendocino Beacon, “We stopped at the Kent property and enjoyed a nice Bellflower apple from their orchard and Mrs. Kent insisted we fill our pockets.” In 1912, Kent apples were still attracting attention. The author, J. Smeaton Chase, made a horseback trip the length of the California coast. (California Coastal Trails, 1913) Chase wrote a glowing mention of Littleriver and the Kent Ranch noting the heavy production of the orchards.

Another Littleriver resident became known for his apples. Albert Price Jones planted apples wherever he lived in various western states. Finally, in 1910 he and his family settled on property 2 miles east of Littleriver. In 1911 he again planted an apple orchard with great gusto.  He started with 415 Spitzenberg trees. Because of his initials, he was always laughingly referred to as “Apple Pie” Jones.

Finally, remember the old saying, “An apple a day keeps the doctor away, particularly if your aim is good.”