“Framing History: Worth a Thousand Words” Opening May 26

“Framing History: Worth a Thousand Words” Opening May 26 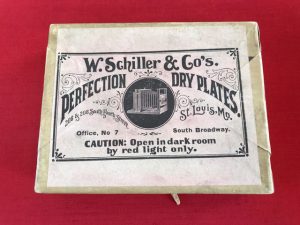 As time machines go, the camera is a good one. Early photographers on the Mendocino Coast, as was true of the men and women engaged in photography everywhere, documented the world around them and the people in it. Their images and the lives they led as photographers — along with A. O. Carpenter’s equipment as examples of the tools of the trade — are the subjects of our new exhibit, “Framing History: Worth a Thousand Words,” opening Friday, May 26, at the Kelley House Museum.

Objects that rarely see the light of day will be on display to help illustrate the story of some of the Coast’s leading photographers in the late 1800s and early 1900s. The exhibit, in part, represents a collaboration between our museum and the Grace Hudson Museum and Sun House in Ukiah, which graciously loaned items from their collection of Mr. A. O. Carpenter’s photographic equipment.

Although the Carpenter family settled in Ukiah, like many photographers, A. O. Carpenter traveled frequently in order to ply his trade. He set up a mobile studio in Fort Bragg as well as a more established one in Ukiah. When he was on the Coast, his wife, Helen, ran the Ukiah studio.

After meeting with Grace Hudson Museum curator and Carpenter family historian, Karen Holmes, I brought these treasures from Mr. Carpenter’s career back from Ukiah to the Kelley House. During the drive home I wondered, “When was the last time these items made the trip over the hill?” It would have been a long and either dusty or muddy journey, by horse-drawn wagon in the early days. Cameras and other equipment would have been loaded in wooden boxes or crates, under a canvas tarp, perhaps. The equipment has certainly stood the test of time, the way that beautifully engineered mahogany, glass and brass tend to do. Being a photographer in the field meant hauling not only camera and tripod, but plates, chemicals, perhaps a tent, the lenses and their cases to the subject site. It was quite a production to create an image, nothing like what we do so casually today with our slim multi-functional devices. It is doubtful that anyone in the 1800s would have dreamed that a device used as a telephone also could be used as a camera.

The Hazeltine brothers, George and Martin, also were in Mendocino for a time, as was Ira C. Perry. While there have been many other great photographers over the years, our emphasis will be on those whose work is most heavily represented in the Kelley House Museum collections. That representation may itself be an artifact of which images were saved and by whom. We are fortunate, also, to have cameras from the collection of Mendocino resident and  photography teacher, Bill Brazill, included in the display.

As with any new technology, photography’s early years were marked by experimentation and then by increased access to the technology. While the equipment has certainly changed, people haven’t changed all that much. Back then, as now, just about everyone wanted an image to share with family, especially when they were far away.

An opening reception and Preview Night for Kelley House members will be held this evening from 4:30-6:00 p.m. The exhibit will remain at the Museum until July 31; hours are 11:00 a.m.-3:00 p.m. Friday through Monday. For more information, please visit kelleyhousemuseum.org.