Mendocino: First There Was A Shipwreck…

Home » Making History Blog » Mendocino: First There Was A Shipwreck…
Previous Next

Mendocino: First There Was A Shipwreck… 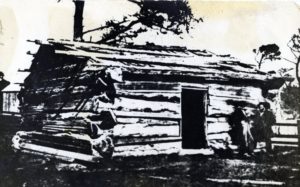 There are many ways that a town can come into existence. In the case of Mendocino, how that happened is a very interesting story.

The Gold Rush changed everything. Thousands of people, mostly men, came to California. For most, the Gold Rush was a flop and many went back home. Many stayed.

Four who stayed were partners in a sawmill in Bodega on the Sonoma coast. One day in the summer of 1850, several men arrived at the mill and told their harrowing tale. They were the captain, officers and some crew of a merchant ship Frolic, which had wrecked up the coast about two weeks before.

The Frolic was loaded with goods from China to sell in San Francisco. The merchandise was contained in 1600 cases, bales, rolls, and boxes, and included silks, chinaware, silverware, scales and weights, furniture, fans, and more. It had cannons, pistols, muskets, and ammo. It had 84 cases of beer and, assuming that prices for provisions would be too high in San Francisco, it was stocked with food for the return trip.

Intrigued by the news of the wreck, the Bodega men decided to send someone to check it out for salvage. Jerome Ford was the designated scout. He walked the whole way, following the shoreline. Most of the rivers he was able to cross by wading; at Big River he had to swim across. It’s not known if he had a map, but he knew the names of rivers. He may have learned those names from the few men he met along the way at Duncan’s Mill, Hendy’s, and in Navarro, Captain Garcia or Captain Fletcher.

When he arrived at the area now known as Mendocino, there was a rough cabin on the south side of the headlands, built and occupied by William Kasten, who led Ford to the wreck site, near Point Cabrillo. There was nothing to salvage. It had been thoroughly ransacked and stripped of everything, first by the surviving crew, and then by the Pomo.

Ford’s discouragement faded as soon as he turned his attention to the vast expanse of trees. Kasten took him up Big River in his crude dugout to check out the extent of the timber.

Kasten told Ford that he claimed the whole area that we know as Mendocino and traded it from the Indians. This is hooey, mostly because they did not have a concept of ownership and most likely didn’t know what he was talking about when he gave them trinkets, or whatever he “traded” with them.

There were a few other fellows in the area: three named Hegenmeyer were hunters encamped up Big River. Two other hunter-mountain men in the vicinity were Nathaniel Smith, a strong, hard-working black man and a blacksmith; and Francisco Faria, fondly nicknamed Portugee Frank. Frank had the distinction of living in three centuries, born in the late 1700s, dying in the early 1900s.

Jerome Ford made the journey back to Bodega to inform the other owners — Captain Smith, E.C. Williams, and Henry Meiggs — about the tremendous forest. They agreed that it would be a good idea to start a mill there. The Bodega woods were getting depleted and, by a lucky circumstance, Williams had gone back east to order a sort of pre-fab mill — several saws and a structure to house them. These mill parts were on their way by ship just at that time. Meiggs, a financier in San Francisco, bought a ship, which was rather easy because the harbor was full of them, abandoned by their crews for the goldfields. This one, the Brig Ontario, had been floating empty for a long time and had dried-out timber above the water line. When loaded, it leaked enormously, so it returned to port for caulking. For the entire trip up the coast, all hands on board were constantly bailing.

The boat was loaded with the mill parts, a sailing crew, a lot of men to set up and work at the mill, and an enormous amount of provisions, materials, tools. The captain was David Lansing. Also on board were Williams, and William Kelley, the ship’s carpenter.

While the Ontario was being loaded, Ford headed north again, this time on a horse, with two pack mules, 16 oxen, and a hired man, a Mr. Warner. It must have been a very rough trek, and it got only tougher when one mule drowned in the Russian River and the other mule ran away loaded with all their gear, blankets and provisions. It was two or three days before they arrived at a rancho (near Navarro) where they were given food and shelter.

When the Ontario finally arrived two months after leaving San Francisco, the men started building the mill, cookhouses, and rough housing. After unloading the ship, their plan was to bring it closer to shore, fill it with rocks and convert it to a wharf. But the weight of the rocks caused the ship to separate and heavy seas smashed it to bits. They watched it fall apart and float away in a very short time.

Opportunistic Mr. Kasten made a deal with Ford to trade his crude cabin for the first lumber from the mill to build a house. It was agreed. Kasten built a house, which still exists, now part of the Mendocino Hotel.

Kasten left the area in 1854 apparently because it was “too crowded.” He signed his property over to William Kelley for $2,650. The Hegenmeyers stayed and helped build the mill and other structures. Ford lived in the cabin for a while but eventually had a house built which still stands on Main Street.

At first, the area (not exactly a town yet) was called Meiggsville, after the financier of the mill, Henry Meiggs, but the name didn’t stick. Nor did Meiggs. He absconded with a lot of money not his own from his home in San Francisco to South America. Only a map or two commemorates the name Meiggsville, including the large Carlson map hanging in the Lemos Room of the Kelley House Museum. For a while the name was Big River Township, which appeared on early directories and documents usually as just Big River. When and why it was changed to Mendocino City is not known exactly. The “City” was to differentiate it from the county name but it was dropped when the post office declared that the name was too long for a rubber stamp.

The history of the Frolic is well documented in the book “Voyage of The Frolic” by Dr. Thomas Layton, available at the Kelley House Research Office library. Or search “Frolic” online at kelleyhousemuseum.org.